In lean management you have to accept that you can’t know if you succeed – with these tips you are guaranteed to fail.

You can’t know in advance if you will succeed or not. Nobody knows if the plan works before it has been tried. Failure is feared and because of this, people look at planning in an absurd way Either lean experiments are done completely without planning, or a five-year plan is set in stone and executed until the end with no exceptions. Such a plan should not fail, so in preparation for it, all the uncertainties are rejected. At the same time, of course, innovation is prevented.

Too often, we reject proposals only because we cannot be sure whether they will work or not. We stop development because we can’t be sure of the outcome. Our timidity to act without certainty is amusing in its insanity, because no one can know what will happen in the future.

Take a similar attitude towards business as you have for science. First you form a hypothesis which you then confirm by studying it empirically. We accept this model in science, but do we have such a hard time relaying on its principals in our everyday life?

A plan is a hypothesis

When you have prepared a plan or hypothesis, think about how you could try it out? Think of a plan as a series of simple experiments instead of a massive legal book. After each experiment, you evaluate the results and decide whether it is worth to continue the activity as such, to stop it or to process it further.

Some of your hypotheses will prove to be wrong. Hence, some of your plans will fail. If you plan activities only once a year, you may lose a year’s work if you fail. However, the damage is not great if you are experimenting agile. Keep in mind, however, that the information you get from a failure is of considerable value.

Accept failure as a way to get ahead, renew.
– Sari Torkkola

The most important thing is learning

Make sure that learning will happen take the PDSA circle as your foundation. PDSA, also called the Deming Circle, is a circle of experiments that creates new knowledge through experimentation, learning, and repetition. So, plan boldly, try agile, learn and repeat. Make the PSDA-circle turn as fast as possible.

There is no way to assure success, but failure is easy with these tips!

How do you make sure that you fail?

1) Go with gut feeling and don’t plan anything.

Lead with intuition and don’t justify your choices. Make sure your vision is not questioned or tested. Don’t waste your time on baseline mapping even though later you can’t compare the results and make a legitimate decision.

“Either the whole company is now doing this or then we do nothing it at all” is your motto. Remember that improvements must be expensive, massive and as slow as possible. Try to fix problems especially with large software purchases.

Forget immediately what you might have learnt from the experiment. Do not take any further action or ensure that the new operating model is implemented. And in no way admit mistakes, especially if the desired results do not come. Bring your “good” idea to action at any cost, even if it causes financial losses. 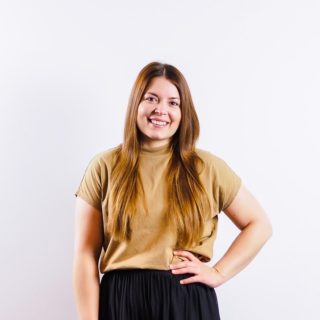